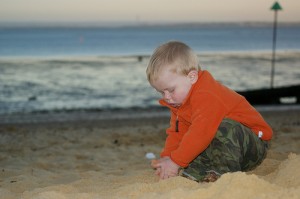 Whilst spending two years between Great Ormond Street and our local hospital, we spoke to many parents whose children had cancer, and time and time again the same message resounded. Parents weren’t listened to by their GPs. They had to fight for a diagnosis for their child and in the mean time the children got sicker, and far too often it was just simply too late.

From our own personal experience, it took us 2 months and that can only be described as a torturous time.

People don’t understand fully the battle a young child faces when they are diagnosed with cancer. The destroying effects of the chemotherapy, the daily battle with infections and the isolation cancer causes is something that people just don’t think about unless they are directly affected.

When we have spoken to people about the fact cancer isn’t rare, that it isn’t prejudiced and the main causes of cancer are just not known, people are astonished. They are also in disbelief at the lack of general funding in raising awareness to this horrific disease.

We are very passionate as a family about this charity, and we are privileged to be working with some fantastic people, that have proved to be the good out of a very bad situation.

We hope that amongst us, with our combined skills and efforts, we can educate the nation about childhood cancer one person at a time!